US Cities that are Growing Fast 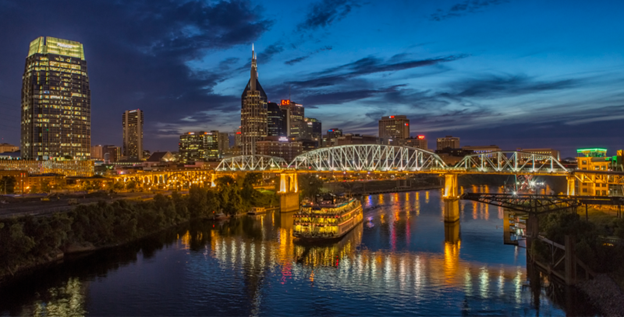 Over the years, there have been some US cities that have really been seeing an influx of people moving there. Some city’s draw young people, while others draw families. No matter what there is no denying the economical benefits the city can receive. Today, we have put together a list of three of the top cities that have seen a large increase in population over the past years.

First up on our list is Austin, Texas. Many people might already expect it, but Austin is one of the fastest growing cities in America currently. This city has been booming over the last few years, and Austin has a growth rate of 25.84% from the years 2010 to 2020.

There are many reasons behind this massive population growth in Austin. One reason is because of the large amount of job opportunities. You will notice this is a common draw to most cities that are rapidly growing. Colleges like University of Texas Austin are also drawing people to the city.

Over the years, many technology companies and other large corporations have made Austin their home. There are also many outdoor spaces and parks in the city that make it a lovely place to be during any season. Live music can be found all over the city, and the food scene has really taken off over the years.

Raleigh-Durham, North Carolina has made its mark as one of the largest tech hubs in America. It has made a name for itself, earning the nickname, “The Research Triangle”. The reason behind this name is because it is home to three major universities. There is Duke University, University of North Carolina at Chapel Hill, and North Carolina State University. All of these Universities are prominent research institutions.

Along with the great research and job opportunities in Raleigh-Durham, there are also many parks and museums. There is so much that the city’s residents and visitors can enjoy. The food scene here is also one of the best.

What many people know as Music City, also has a lot of other aspects that draw people to it. Many people are surprised to find that Healthcare is actually one of Nashville’s largest industries. Vanderbilt University is located in Nashville. This is one of the main reasons why there is a booming healthcare industry.

Along with the job opportunities, people are drawn to some of the best live music around. Like most booming cities, there is also a great food scene here as well.

Because these cookies are strictly necessary to deliver the website, refusing them will have impact how our site functions. You always can block or delete cookies by changing your browser settings and force blocking all cookies on this website. But this will always prompt you to accept/refuse cookies when revisiting our site.